Tie Tours is an international theatre and training company. We provide Shows and workshops to explore many issues including bullying racism and violence. Innovative, exciting, educational and great fun. Established in January 1995, the company has attracted many diverse talented people to its ranks. Exciting shows, amazing workshops: we have performed all over the UK to a variety of people in a variety of venues including schools, youth clubs, community centres, hospitals, open-air housing estates, parks, theatres and festivals. 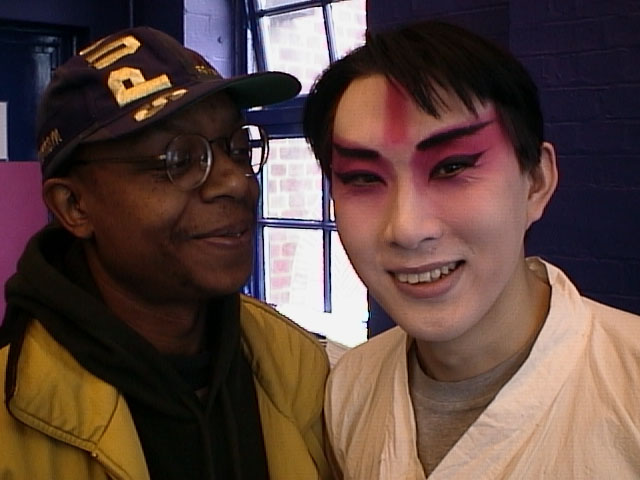 The founding partners of Tie Tours are Andy Hickson and Glenn Dallas, who first met outside the South African embassy on the 25th December 1989, and have worked together on and off with a variety of projects ever since. Our diverse skills and complimentary experience have blended to produce exciting, powerful and unusual theatre. This work has taken us all across England's inner cities form north to south, and has included shows (Jacques and His Master by Milan Kundera), participative skills workshops (including; acting, directing, devising, drama, dance, mime, singing, voice-work and assertiveness skills), through to using theatre as a medium with which to explore difficulties and problem solving. These shows have included Silent Scream, Breakthrough, Disadvantage, Angel High, 2b1, Silent Scream Showshop, Race!, and 33 Skins. We have performed together in a variety of venues including theatres, prisons, hospitals, schools, youth clubs, community halls, libraries, tenants associations, festivals and open disused spaces. 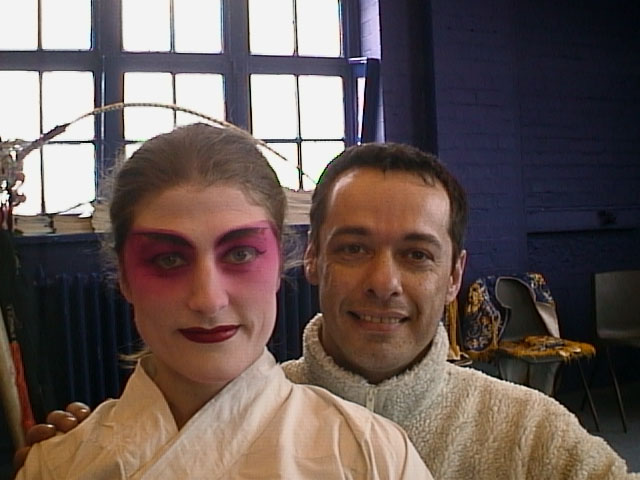 Tie Tours developed from this exciting combination and is currently based in the heart of North London (UK). Established in January 1995 this company of two has attracted many diverse talented people to its ranks. Exciting shows, amazing workshops: we have performed all over the UK to a variety of people in a variety of venues including schools, youth clubs, community centres, hospitals, open-air housing estates, parks, theatres and festivals. In addition to touring shows and workshops we have been providing seminars for Anti-Bullying Conferences and organisations such as the British Council. We also provide training for School Governors and people who work with young people and INSET for teachers. As a member of the Society for Intercultural Education, Training and Research (SIETAR) we have taken several projects dealing with bullying and racism to Japan. We are also organising tours to Ireland and South East Asia.

Do we just provide shows?

We provide innovative productions and can supply workshops with or without shows. Our training programme has plenty to choose from including workshops exploring:

Our programmes typically take audiences through participative workshops, exploring paths and acting out solutions to difficulties and problems. The workshops will be of various lengths depending on the needs of each school, teachers will be involved in the planning of this, and will use mixture of theatre action methods, games, improvisation, discussion and role play. At the end of sessions, observers and participants will be given and asked to fill out an evaluation form, which we take away. At the end of the project, all the forms are collated and totaled. These are written up as reports, including a detailed summary of all answers. Our evaluation method is used by Camden Safer Cities as an example of good working practice. Tie Tours 'workshop programmes' have been used as prizes in the 'Kick Racism Out of Football' initiative, and various other schools projects.