2b1 using theatre to tackle bullying in Japan and England 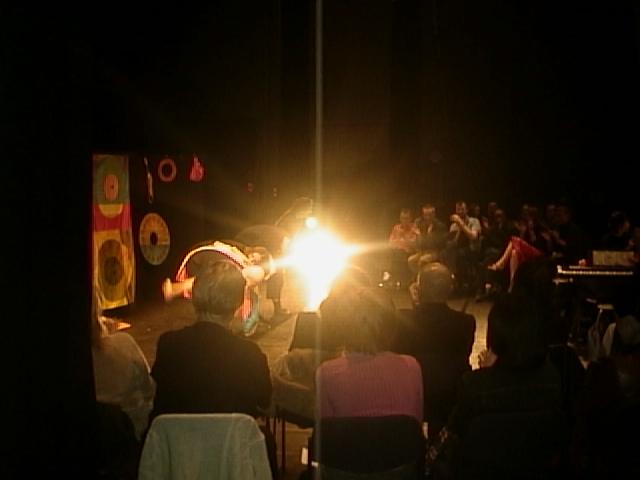 2b1 was an ambitious project which culminated with Tie Tours producing an international theatre and education tour of England and Japan.

Part of the Japan2001 festival, 2b1 toured to a variety of venues in both Japan and the UK, including schools, youth clubs, community centres, NGO's, theatres, and universities.

One month was spent touring in England and one month in Japan. 60 venues were visited with 114 shows being performed. Areas included: London, Sheffield, Leeds, Cornwall, Tokyo, Kanagawa, Osaka, Nagoya, Nara and Kyoto.

Overall the tour can be described as being a resounding success, the feedback received was very positive, and the young people worked with got a huge amount from the project.

So we have one play, using two languages that was performed in both England and Japan. The English and Japanese audiences both got the same play.

Following each performance the audience had the chance to participate in a follow-up workshop where some of the issues brought up in the play were explored.Each venue was left with a Resource Pack to help teachers and youth workers follow-up the work that 2b1 started.

The reasons for bullying are many, what is bullying to one is not necessarily bullying to another, we all experience it in different ways. Bullying is an issue that affects most if not all of us. We might get bullied, we might have been bullied in the past. We might know about people who are being bullied. We might be a bully ourselves. We bully others when we force them to do something they don't want to, or we try to hurt them in some way physically or emotionally. Put like that we all do a bit of bullying at some time or another. Where do we draw the line? When does a bit of playful banter between friends become interpreted as bullying? When do a manager's orders to an employee become a form of bullying? It depends of course on the context and the way the order was given.

Bullying can be interpreted in many different ways, but a general consensus appears to be that if bruises (mental or physical) or tears are the result of unprovoked intentional action from one or more people to another person then it can clearly (usually) be classed as a form of bullying. 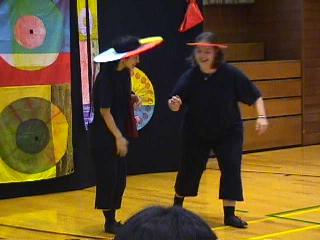 Is bullying in Japan similar to that in the UK?

Effects of bullying such as exclusion and isolation play a major part in many children being absent from school.

In both countries we see a lot of emphasis on dealing with the bully, rather than the victims of bullying. Both countries see a lack of assertiveness amongst students, social skills training is not generally part of any curriculum. Both countries have had students resort to suicide in order to escape a bully.

Brief history of 2b1

2b1 went through 3 stages. The first stage saw Andy Hickson, one of the Directors of Tie Tours, visit Japan. Here he networked with a wide range of individuals and organisations, and researched the topic of bullying in Japan. This was called the first stage of 2b1. 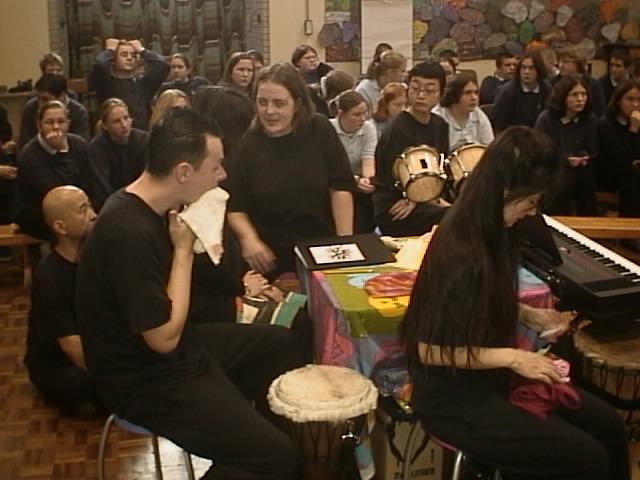 The second stage consisted of Tie Tours inviting some performers from Japan to visit England for one month. During this month Japanese and English performers and writers worked together devising, sharing and creating. From this material Andy Hickson worked with two Japanese writers for a further six weeks where a script was created. The script was 90 minutes long, 50% of it in English and 50% of it in Japanese.

After 10 sets of auditions we finally came up with a cast that could work together. In addition to the four actors we also had a Japanese Stage Manager and a Japanese Assistant Stage Manager. These six people would make up the touring troupe.

The rehearsal period was for one month and happened in London, England. At the end of this period we started touring in England for one month, and then the touring troupe flew over to Japan and toured there for a further month.

The sponsors were: Allen and Overy, The British Council, The Cripplegate Foundation, The Daiwa Foundation, The National Union of Teachers, Everton FC, Japan2001, Middlesbrough FC, & the The Sasa Kawa Foundation. Many of the venues also contributed small amounts to the project.

There were many difficulties involved in this project, not least of which was the difficulty of fund raising. All problems were overcome, they included: one of the original actors pulling out of the project 2 weeks prior to the start of rehearsals, a quick set of auditions found his replacement. Airline tickets had to be rebooked because our original flight tickets were booked with Swiss Air who went bankrupt. 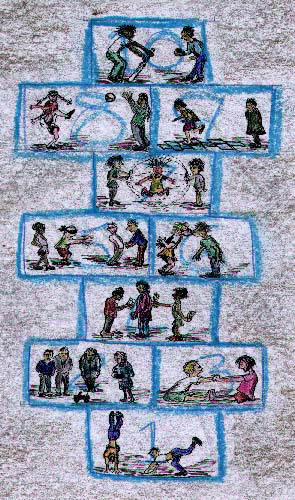 The feedback from this project was very positive from England and Japan. Japanese groups worked extremely well in interactive theatre sessions, people were not shy in coming forward with suggestions and making contributions to group sessions. People were genuinely interested in the project and were excited at the prospect of being involved.

Some of the comments include:

Stage four of this project, once funding has been raised, is to make an evaluation video of the project from footage filmed during the tour.

Andy Hickson giving a seminar for the British Council

NAGOYA - A seminar that focused on dramatic alternatives to dealing with bullying seem to hit home with the 75 participants who attended the forum last month at the Nagoya Congress Center. England's Andrew Hickson, a director and writer who specializes in interactive drama techniques that help participants better understand relationships, staged a sometimes dramatic and thoroughly enlightening forum entitled, "Preventing Bullying through Drama," put on by the British Council, Nagoya on June 25. Hickson focused on three theatrical techniques - psychodrama, drama therapy and Theater of the Oppressed - that he uses to help individuals better deal with bullying. "People who go to the theater and view the theater, in whatever form it takes, are moved by it," Hickson said. "Theater can bring about change," said Hickson, who also stressed that theatrical settings have a "therapeutic function." At the beginning of the session, which spilled over the allotted two-hour time period, Hickson asked the audience what bullying meant to them. There were about 30 responses, which he said demonstrates that "bullying means different things to different people. And what might work to tackle bullying might be different for all of us."

Hickson, who stressed that sometimes words and actions are essential in conveying messages, simulated a psychodrama session. He said that this method focuses on one person, who plays himself, and includes a group that takes on a supporting role by trying to guide the bullied individual to a solution. Hickson took the time to point out that the difference between psychodrama and drama therapy is that in the latter, the individual with the problem is not identified and a play is chosen so that the group can focus on the problem and not the person involved. He also mentioned that Theater of the Oppressed methods feature a workshop in which participants act out an example of oppression and members of the group can stop the action, take on the role of the protagonist and attempt to resolve the situation. Hickson said that the theater leaves an impression on audiences and the brief examples that Design City residents witnessed left some of them inspired.

"It just opened my eyes to ways that theater can be used in practical situations," said Max Tuefferd, a member of the local acting troupe, the Nagoya Players. "The changing of roles gives bullies an idea of what it feels like," said Masami Ono, an elementary school teacher in Aichi. "Using these kinds of methods, which include actions, can help both sides understand the problem of bullying," Ono said. Hickson announced at the end of the seminar that he plans to form an NGO with a yet undetermined Japanese theater group to script a play that would tour the country within the next two years.

The pictures on this page are (C) copyright. You do not have permission to copy them - contact Tie Tours for further information
Return to home page.